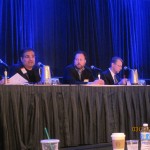 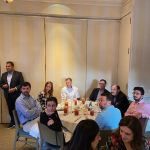 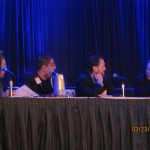 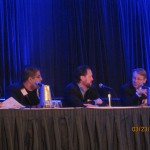 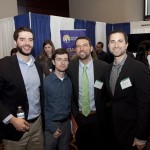 The topic of our 1973 symposium was Surgery of the Orbit and Adnexa.  Amongst our speakers was Dr. Alston Callahan, a leader in the study of ophthalmic plastic surgery.  Born in 1911 in Vicksburg, MS, Dr. Callahan graduated from high school at the age of 15 and went on to earn his BA at Mississippi College.  Callahan then moved to New Orleans to study medicine at Tulane University, and after earning his MD at 22 years old, interned at Charity Hospital before completing his ophthalmology residency at Tulane Graduate School of Medicine.

Despite his Mississippi roots and New Orleans education, WWII led him to Alabama, where he served as chief of the 300-bed ophthalmology service of the US Army at Northington General Hospital in Tuscaloosa.  After the war he and his family settled in Birmingham where he opened a private practice while serving as the first Chairman of the Department of Ophthalmology at the new University of Alabama Medical School.

Not to be satisfied by simply working and living in Alabama, Dr. Callahan sought to innovate eye care in the state.  From 1947 to 1964 he worked tirelessly to secure land and funding to build the Eye Foundation Hospital, located at the University of Alabama at Birmingham medical center.  The Eye Foundation Hospital was officially accredited in 1966, and Dr. Callahan founded and directed the Ophthalmology training program, presenting cases and lectures to the residents every Saturday morning for the next 10 years.  In the mid ’70’s a clinic was established at the hospital for those without insurance, and in 1997 UAB purchased the hospital and renamed the Callahan Eye Foundation Hospital.  The proceeds were used to create the EyeSight Foundation of Alabama, supporting ophthalmology research, education, and indigent patient care.

Dr. Callahan was also instrumental in creating the sub-specialty of ophthalmic plastic and reconstructive surgery.  In all, he authored five textbooks, contributed chapters to 17 additional books, published over 175 scientific articles, lectured both nationally and internationally, and was a strong presence for decades at the annual AAO meeting.  Dr. Callahan also trained over 40 fellows in ophthalmic plastic surgery and scores of residents.

“Complex Vision” by Yaacov Agam, outside of the Eye Foundation Hospital in Birmingham, Alabama.

After retiring at 80, Dr. Callahan founded the International Retinal Research Foundation and grew its endowment to over $30 million dollars in a few short years.  In his free time, he traveled the world and noted how many European countries often have large-scale works of art adorning their medical buildings, symbolizing the institutional mission.  Accordingly, he commissioned Yaacov Agam to create a massive 3D sculpture called “Complex Vision”, which was installed at the entrance of the Eye Foundation Hospital.

Never one to settle down, Dr. Callahan continued to search for new experiences, including:  swimming the Yazoo Canal; traveling on a Russian icebreaker to the North, and later, South Pole; and walking across Manhattan island.  He lived a full life right up until his death at 94 years old in 2005.